The White Brows Association was a group of assassins active in the Capital of the Empire.

The Association was composed of elderly men who couldn't find a place for themselves after retiring and could only find joy in killing others. They formed a mercenary group which would take any request they could, including the assassinations of women and children, in order to satisfy their bloodlust.

All of its members were exceptionally skilled in Iaidō: the art of drawing the sword, slicing the opponent and sheathing it in a blink of an eye. With it, they were able to kill their targets before they could notice anything, only dying a few seconds later. They wore clothing associated with samurai and ninja; all of them had grey hair, presumably an inspiration for the group's name.

The group was traveling across the Empire before finally returning to the Capital and settling down in a mountain temple. After killing a large group of people in the Capital's main street, the Association became a target for Night Raid. Night Raid members faced the four elderly men in battles and were able to kill them. 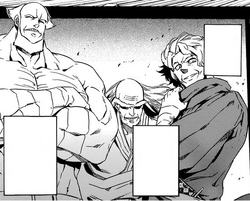 The three unnamed members at the time they met Gensei. 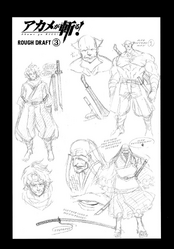