Tyrant was an extremely powerful dragon-like Danger Beast, known for its possession of an incomparable life force so formidable that its flesh was still alive within Incursio.

While not much is known about Tyrant's appearance, it has been shown to have an incredible size and have at least three different body types and a number of eyes ranging from two to four and a cross-shaped pupil. Prior to being made into a Teigu, the beast has been shown to have grown fur in order to survive in the freezing tundra and a rock-like body in order to survive in the desert.

The reborn Tyrant now has an armored body similar to that of evolved Incursio's second form along with wings, a tail, and incredible size rivaling small buildings.

Tyrant was a Dragon-Type Danger Beast that led a nomadic lifestyle, wandering the country in search of prey and devouring any living being that was unfortunate enough to encounter it. It was greatly feared as a dangerous and elusive foe, possessing the ability to evolve its body and adapt to its environment, ranging from scorching deserts to the coldest arctic tundras.

During the reign of the First Emperor, the dragon developed its stealth (invisibility) skill to elude his suppression forces. Even while being subjugated within a Teigu, it was still evolving in order to defeat stronger opponents; after changing owners from Bulat to Tatsumi, the Tyrant has also shown to evolve and adapt to Tatsumi's emotions. 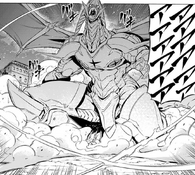 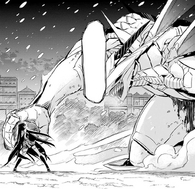 Akame clashes with the Tyrant 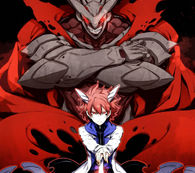