Danger Beasts (危険種, kikenshu, lit. "danger species"), sometimes also referred to as Risk Species, are fearsome creatures in the world of Akame Ga Kill!. They are extremely hostile and will attack any human who dares to wander into their territory. Due to the increasing number of Danger Beasts, groups dedicated to hunting them were formed; the Partas Clan was one of such groups. Esdeath was born into this clan, her father being the Chief.

Some Danger Beasts' body parts have been used in the production of Teigu, Shingu, and Meihou, utilizing the unique qualities the Danger Beast had in life to imbue a piece of equipment with powers. Notable examples include Demon's Extract, which used the blood of a rare Danger Beast able to manipulate Ice, Incursio's invisibility from the Tyrant's natural defense or Cross Tail, whose threads are made from the fur of a Super-Class Danger Beast.

Danger Beasts can also be created artificially. While the details of this process are unknown, Dr. Stylish was known to conduct experiments which resulted in the creation of a new species of Danger Beasts. These new beasts were noted to have a humanoid look. Another case of relations between humans and Danger Beasts is the mixed heritage of The Path of Peace's leader. He apparently receives unique abilities from his Danger Beast heritage, while looking like an ordinary human. The details of his birth, however, are unknown.

Those who own the blood of Danger Beasts through heritage can receive a special trait. Yomihime, for example, has a Danger Beast's blood running in her veins. This allows her to use fire, albeit unlike The Path of Peace's leader, she was unable to master it completely. While the Lord can foresee the future and heal others, Yomihime can use fire.

It is also possible to obtain superhuman abilities by eating certain kinds of Danger Beasts, as the Four Rakshasa Demons gained the ability to unnaturally manipulate their bodies by consuming a type of Danger Beast known as a Lake Kraken.

There are also those who are capable of taming and controlling Danger Beasts through the use of techniques or Teigu; Merraid Oarburgh being a good example.

Danger Beasts in some countries have different names to refer to them, in the continent of Wakoku, the Nations within like the Soukai Nation, refer to Danger Beasts as Freaks and are generally regarded with disdain and fear by the local populace, who, unlike their counterparts in the East, still have not yet developed methods on how to train and domesticate Freaks for their own personal uses. However, the 22 nations have instead managed to developed advanced smithing techniques that allow them to create powerful weapons called Meihou from the Freaks' bodies to create weapons that retain the particular powers of the beasts used to make them.

The Danger Beasts/Freaks can be consumed if there are capable chefs of processing it correctly. It is said that certain Danger Beasts are capable of enhancing those who consume them either strength or resistances. One of the example is Enji that captures the Mermaid, a Danger Beast that Zuou looks for in order to extend his lifespan, was processed into a sashimi size, enough for the entire class to consume it and Zuou often uses a captured Danger Beast as a part of the meal.

Danger beasts are divided into 6 classes:

"Class 4" being the weakest and "Super Class" the strongest.

Here is a list of Danger beasts that their classification is currently unknown, rather they were shown or only mentioned in the series.

Its been confirmed that certain Danger Beasts species are capable of breeding with humans, producing Danger Beast Human Hybrids. Resulting in such children having inherited several unique abilities from their Danger Beast parent. 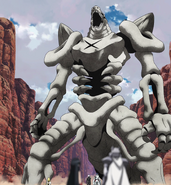 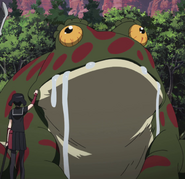 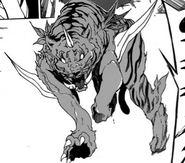 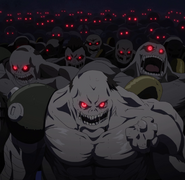 A Horde of Humanoid Danger Beasts 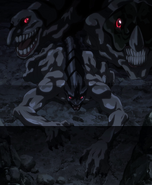 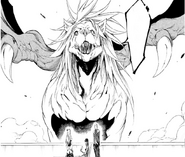 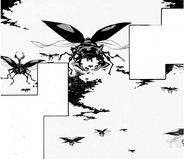 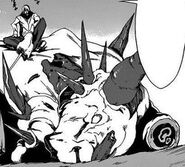 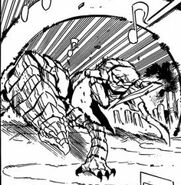